What inspires you when you design?
We don’t feel comfortable with the word ‘inspiration’. Design, in our opinion, needs analysis, not great Muses.
Do you follow any specific process when you start a new project? If so, could you briefly describe this process?
We always begin by working on the conceptual aspect of the project. We develop the concept until we are able to put down in words the ideas we are going to work with. These words will lead us through the process, so we present them to the client. If the client approves of the concept, we continue by dividing the tasks depending on the project, and only then do we begin the graphic design.
Which project are you most proud of?
Casa Mariol.
What are you working on right now? Could you give us some details?
Some time ago we decided not to discuss unfinished projects, just like we ask our clients no to talk about the work we are doing for them until the project has been completed.
What kind of projects do you see yourself working on 5 to 10 years from now?
No idea. We generally avoid making predictions. We don’t like to count our chickens before they hatch.
What is the dividing line between inspiration and plagiarism?
That line is set by every person’s individual morality.
What do you consider the mark of excellence in a design?
Excellence in design is a combination of appropriateness, intelligibility, and a certain element of surprise.
What influence does the support/medium have when it comes to design?
The medium also has meaning. That is why, as much as possible, the medium should be chosen with the concept in mind.
What importance do personal projects have in the career of a designer?
They have an experimental, self-referential value and a certain liberating component. This is undeniable. At the same, we think design is more interesting (and efficient) when it is a “conduit” to something more.
What do you recommend to those who are just starting out in the design world?
They should train their critical eye, they should immerse themselves in the world of design, they should talk about design with friends who are also designers, and even more with people who aren’t designers. They shouldn’t be in a hurry, they should accept that there is still a lot to learn, and they should surround themselves with good advisers.
Do you think that design is a rewarding profession? Do you think that industry, clients and the public appreciate design?
We feel that as designers, we still haven’t fully educated the public as to what “design” really means. The evidence is that “design” is often mixed up with “ornament” and, consequently, it is understood as something you can do without.
Do you think there is a lack of a design culture?
Yes, but throwing a tantrum doesn’t help. We have the design culture we deserve, and things are not going to change until we get serious as a professional collective.
There has been a lot of criticism about Madrid’s candidacy for the 2020 Olympics. What is your opinion on this?
It is absolute nonsense. It tarnishes everyone’s reputation, not only the reputation of those people directly involved. On the other hand, we are very glad to see not only humoristic criticism 2.0 (designs that make fun of the original design), but also to read, for example, a refusal communiqué signed by several design associations.
What do you think about Spanish design in general?
We see some Spanish design that we like very much, and at the same time we see a Spanish industry that is still in a difficult situation; an underground economy, and a lot of exploited interns…
Can a designer survive without a design community?
We’d like to think that this is not true. In fact, we feel that, in general, designers lack a sense of “guild” or community, and find it difficult to agree on even the basic things.
Interview published in Gràffica, May 2012.
Awards
Laus 18 – GRAND LAUS Graphic Design
Laus 18 – SILVER – Corporate Publication
Laus 17 – LAUS APORTA
Laus 17 – GOLD – Catalogue
Laus 17 – GOLD – Entire Book
Laus 17 – GOLD – Corporate Identity for a Small Company
D&AD Awards 17 – GRAPHITE PENCIL – Catalogue
Gràffica Award 2016
Laus 12 – SILVER – Corporate Publication
Laus 12 – BRONZE – Corporate Publication
Laus 12 – BRONZE – Communication
Laus 12 – BRONZE – Promotional Item
Laus 12 – BRONZE – Packaging
Laus 12 – BRONZE – Poster
Laus 12 – BRONZE – Selfpromotion
Laus 11 – GOLD – Packaging
Laus 11 – SILVER – Coordinated Items
Laus 11 – SILVER – Promotional Item
Laus 11 – BRONZE – Catalogue
European Design Awards 11 – SILVER – Packaging, Drinks
D&AD Awards 11 – WOOD PENCIL – Packaging
ADC*E Awards 11 – NOMINATION – Branding
ADC*E Awards 11 – NOMINATION – Packaging
Designpreis Deutschland 12 – Deutschland Designpreis Nominee
Laus 10 – GOLD – Packaging
Laus 10 – SILVER – Outdoor Advertising
Laus 10 – BRONZE – Poster
Laus 10 – BRONZE – Promotional Item
European Design Awards 10 – GOLD – Packaging, Drinks
ADC*E Awards 10 – NOMINATION – Packaging
Designpreis Deutschland 11 – Deutschland Designpreis Nominee
Laus 09 – GOLD – Promotional Item
Laus 09 – SILVER – Selfpromotion
European Design Awards 09 – GOLD – Poster Series
European Design Awards 09 – BRONZE – Selfpromotion
ADC*E Awards 09 – NOMINATION – Graphic Design
ADC*E Awards 09 – MENTION – Graphic Design
INJUVE Design Award 2009
ADC Young Guns 7, 2009
Laus 08 – SILVER – CD Packaging
ADC*E Awards 08 – MENTION – Graphic Design
Laus 07 – BRONZE – Non-commercial Communication
Lectures and workshops held at
Bauhaus University Weimar, MAD in Spain, Blanc Festival, CaixaForum, ADG Talk, ChillLaus (ADG-FAD), ADC Valencia, Col·legi de Disseny Gràfic de Catalunya, Pecha Kucha Barcelona, Tertulias del CdeC, Behance Portfolio Reviews, Festa del Grafisme, Cíclic Escola Massana, Diálogos EASD Valencia, Jornadas Gráficas EASD Soria, Blanquerna (Master in Art Direction), Elisava (Master in Graphic Design), Idep, ESDi, Complot Escuela de Creativos, CocoDay, EASD Alcoi, EASD Serra i Abella, EASD Tarragona, EASD Terrassa, EASD Olot, EASD Vic, EA Arsenal, Escola Llotja 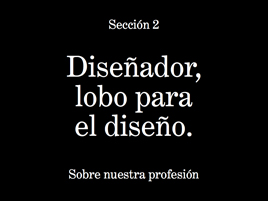 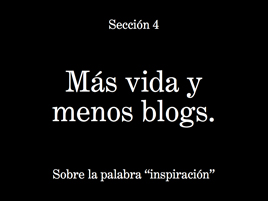 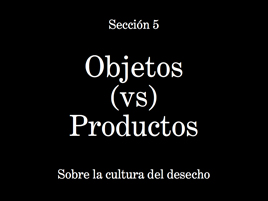 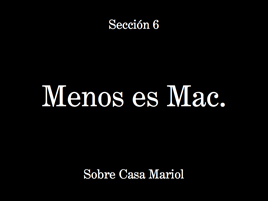 Some slides taken from the lecture ’50min de cháchara’